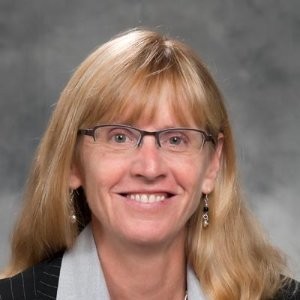 Professor Jennifer Mactavish is to receive the International Paralympic Committee’s (IPC) 2015 Paralympic Scientific Award in recognition of the role she played in the re-inclusion of athletes with an intellectual impairment into the Paralympic programme.

The Canadian who is the Dean of the Yeates School of Graduate Studies at Ryerson University, Canada, will receive her honour at the VISTA 2015 Conference in Girona, Spain, which runs from 7-10 October.

The award is given biennially to an academic researcher for his or her contributions to research in the field of sports for persons with an impairment, and it serves to promote and encourage further study in this area.

Amaury Russo, President of World Intellectual Impairment Sport congratulated Professor Mactavish on her achievement “This announcement is the latest in a series of  awards given to the joint World Intellectual Impairment Sport-IPC working group and its members, in recognition of their work to re-include athletes with an intellectual impairment in Paralympic competition. It reinforces once again the importance of the collaboration, and recognises the personal contribution made by Jennifer and her colleagues in pursuit of fairness”.

“I am delighted and humbled to be the recipient of the 2015 Paralympic Scientific award,” said Professor Mactavish. “This tribute rightfully belongs to a dedicated community of academics, graduate students, coaches and sport federations from around the world, who have worked together over the years to address a complex question that unanswered would continue to exclude athletes with intellectual impairment from showcasing their talents at the highest level of sport.

“I am very proud of what we have accomplished, and particularly so for the athletes who can again dream of representing their countries as Paralympians!”

Sir Philip Craven, IPC President, said: “I would like to congratulate Professor Mactavish who has spent her entire life in the pursuit of equal opportunities for all on winning this award. The reintroduction of intellectually impaired athletes back into the Paralympic Games was the outcome of a unique and excellent collaboration between sports governance and the scientific community.

“Professor Mactavish played a significant role in that reintroduction and every single athlete with an intellectual impairment who competed at London 2012 and who will line-up at the Rio 2016 Paralympic Games should be thankful for her tremendous contribution.

“She is a worthy winner and I look forward to presenting her with the award at October’s VISTA 2015 conference in Girona.”

World Intellectual Impairment Sport launches Global ID Sports Day (12.06.20...
Scroll to top
We use cookies on our website to give you the most relevant experience by remembering your preferences and repeat visits. By clicking “Accept”, you consent to the use of ALL the cookies.
Cookie SettingsAccept
Manage consent