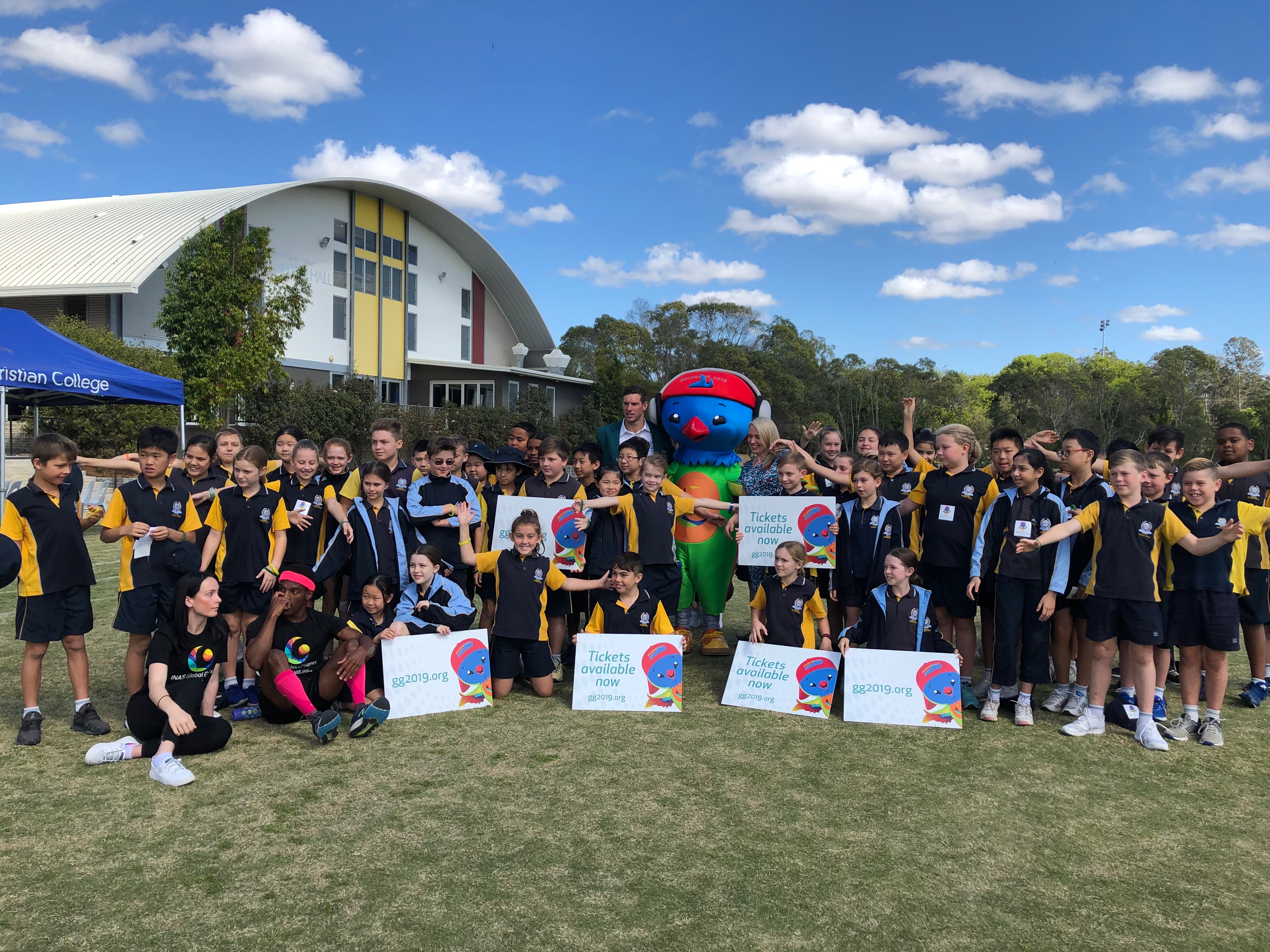 Alberto has spent the last few months wearing pink socks and a pink headband training for GG2019 to raise awareness of breast cancer while his mum undergoes treatment.

Born in Jamaica and adopted by the Campbell family when he was nine years old, Brisbane resident, Alberto said he was excited that the tickets for the Games were now on sale and that his mum would be front and centre when he competes.

“Having my parents at the competition means so much to me and I can’t wait to compete in front of all my friends and family.”

Queensland Minister for Innovation, Tourism Development and Minister for Commonwealth Games, Hon. Kate Jones said the launch of tickets was a key milestone in the countdown to Global Games with the cost of tickets set at an incredibly affordable 10 (AUD) per person, per sport, per day, with children under six years admitted free.

“This is an event where you will see athletes who have qualified to represent their countries compete with the very best in their field including many Paralympians with a number looking to qualify for next year’s 2020 Tokyo Paralympics.

“The competition will be fierce but friendly and I encourage everyone to buy a ticket and come and support Aussie athletes and athletes from overseas as they go for gold right here in Brisbane,” Minister Jones said.

GG2019 CEO, Robyn Smith said the Games were shaping up to be the biggest in the World Intellectual Impairment Sport Global Games history with 50 countries already confirmed to attend.

“We have athletes from as far as Russia, France, China and America coming to compete in 10 sports contested in venues across Brisbane including the Queensland Tennis Centre, the Anna Meares Velodrome, with the southernmost venue being the Coomera Rowing Centre.

“GG2019 epitomises inclusivity and celebrates the outstanding talent of athletes from all over the world with an intellectual impairment who have all worked hard to represent their countries.

“This is a unique opportunity to experience an international event with very affordable, family friendly ticket prices and guaranteed spectacular sporting feats.

“Many of our events will be live streamed on our website and reported internationally with several international media accompanying teams.

“Brisbane will be on the world stage and with a potential bid for the Olympics on the horizon we aim to showcase the city and our world class sporting venues in action,” Ms Smith said.

Support needed for II2 research project in Brisbane
Scroll to top
We use cookies on our website to give you the most relevant experience by remembering your preferences and repeat visits. By clicking “Accept”, you consent to the use of ALL the cookies.
Cookie SettingsAccept
Manage consent