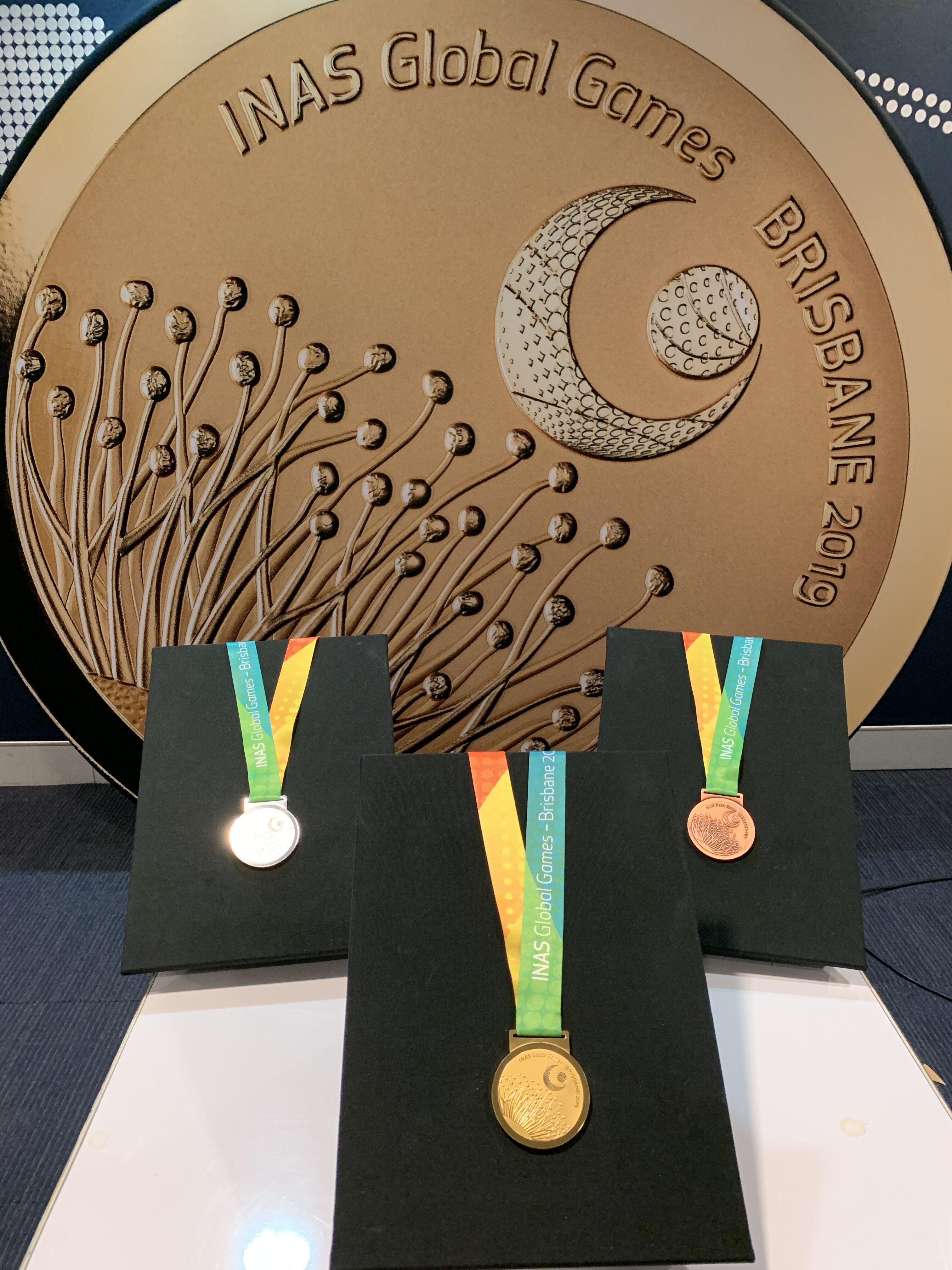 The medals were designed by Royal Australian Mint Coin Designer, Bronwyn King who was briefed on the origin of the Games and its increasing popularity for elite athletes with an intellectual impairment.

The 2019 World Intellectual Impairment Sport Global Games CEO, Robyn Smith, said the designer was provided with key themes to feature in the creative design including Australia, resilience and inclusion.

“Bronwyn’s inspiration was derived from Australia’s floral icon, the Gum Blossom.  In times of drought, insect plagues, floods and even the intensity of the harsh Aussie sun, the Gum Blossom is resilient and strong with bright and colourful blooms.

“The Gum Blossom in all its glory represents our athletes, their strength and courage and ability to overcome barriers to flourish against the odds.

“The close up of the blossom design on the reverse of the medal depicts inclusion and the many hundreds of athletes coming to Brisbane, Australia, from all over the world to unite, compete and celebrate the World Intellectual Impairment Sport Global Games.

“This is a really significant and exciting occasion for athletes competing in GG2019 as medals are symbolic and the ultimate goal that athletes aspire to win,” Ms Smith said.

Queensland Premier and Minister for Trade, Annastacia Palaszczuk commended designer Bronwyn King on the distinct and striking Australian design of the medals.

“The medals will be a tangible reward and lifetime reminder to those who receive them of competing on the world stage at the World Intellectual Impairment Sport Global Games in Brisbane, Queensland,” Ms Palaszczuk said.

“The Queensland Government is proud to be a sponsor of the Games and to welcome athletes from around the world to our great state.

“We look forward to our local team members going for gold against the world’s best.”

The Royal Australian Mint’s responsible Minister, the Hon Michael Sukkar, the Minister for Housing & Assistant Treasurer said; “We look forward to seeing these medals worn by the outstanding GG2019 athletes and feel sure this reveal will provide them with further inspiration and determination as the Games draw closer.”

2019 World Intellectual Impairment Sport Global Games Australian swimmer and Commonwealth Games representative, Joshua Alford, said they were excited to be one of the first athletes to see the medals for the Games and they were looking forward to competing in their home country.

The World Intellectual Impairment Sport Global Games are the world’s biggest high performance sports event for athletes with intellectual impairments. Nearly 1,000 competitors will go for medals in 10 sports between 12-19 October.

Biggest ever anti-doping testing programme to take place at World Intellectual...
Scroll to top
We use cookies on our website to give you the most relevant experience by remembering your preferences and repeat visits. By clicking “Accept”, you consent to the use of ALL the cookies.
Cookie SettingsAccept
Manage consent