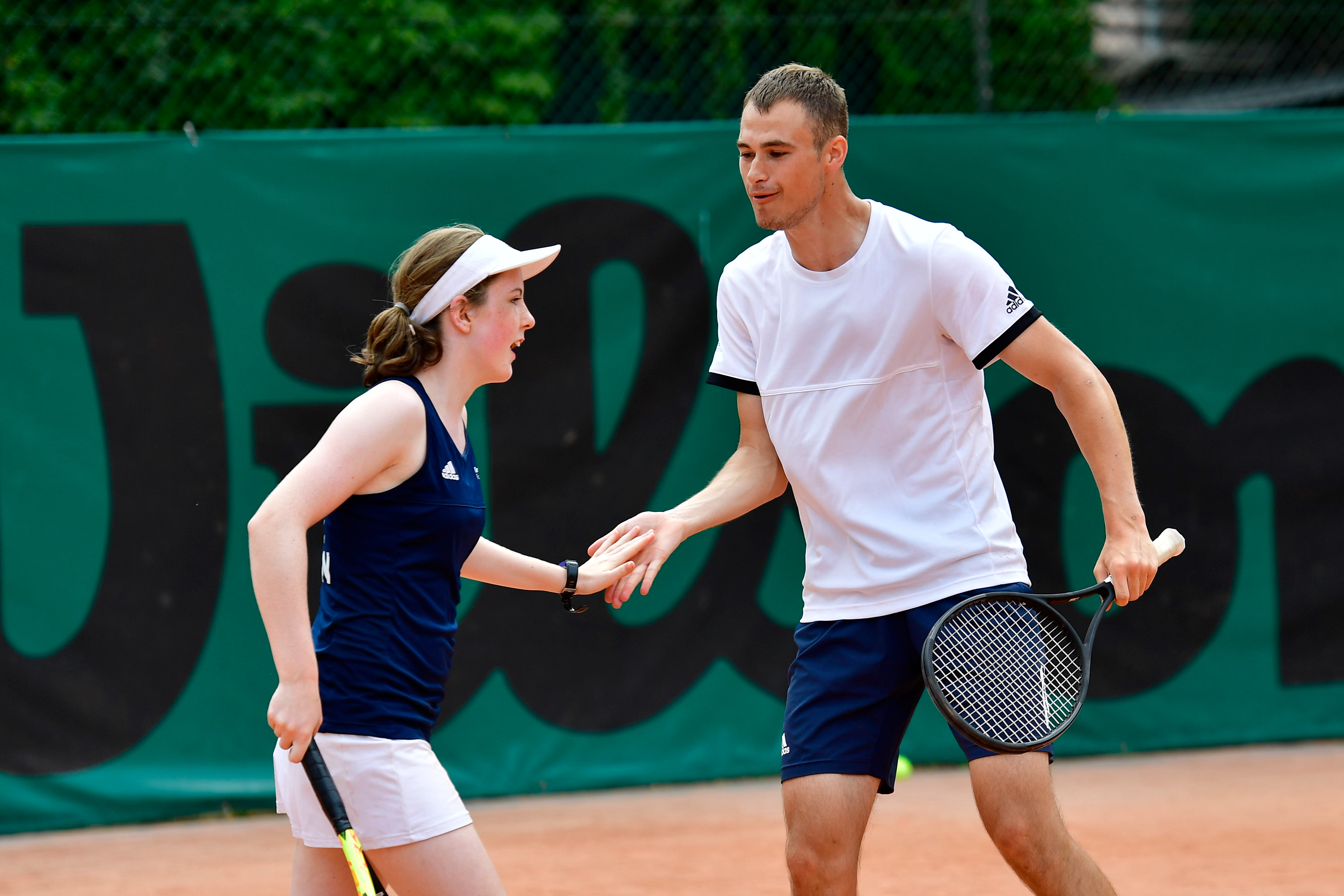 Iannotti and McBride claimed a straight sets victory (6-0, 6-0) over Australia’s Mitchell James and Carla Lenarduzzi on an overcast day which included some rain on the clay courts.

Showing some great plays for her young age, McBride proved too much to handle in her first major international final.

“I thought it went really well, it was very close and it was quite good. It was a good experience to be in a final and play for GB [Great Britain],” she said.

Iannotti commented: “I know the scoreline doesn’t seem it but it was a close match. I really enjoyed being part of the final, win or lose. Thanks to everyone that watched – all of the support has been fantastic.”

Iannotti will also play for the men’s doubles title with Fabrice Higgins on Saturday (20 July) after their semi-final win over Australia’s Joshua Holloway and Mitchell James today. They will face Australians Archie Graham and Damien Phillips.

“For my double finals, I will keep the momentum going, keep trying to work together as a team,” Iannotti said. “We’ve played Archie and Damien before last year in the final in Bolton [2017 World Championships] so we know how they play, how we can be stronger and try and beat them. Again it’ll be a very close match tomorrow, conditions will play a big part. Like today I’m really looking forward to it.”

Australia’s world No.1 Graham will take on Great Britain’s Fabrice Higgins in the men’s singles final on Saturday.

Graham said: “I thought it was really cool. Having played Mitch [Mitchell James] so many time times I know his game inside out, I just used my tactics. We always have a great game, me and Mitch, we always push each other and it brings out the best in us.

Of his tie for gold with Higgins, Graham continued: “It’s going to be a tough one. That’ll be our fourth meeting and it’s going to be another tough one tomorrow and I’m looking forward to the challenge.”

Higgins played Czech Republic’s Ondrej Sedlisky, the world No.2, in a close game to advance to the final against Graham.

The British player lost the first set 4-0 but came back to level the score in the second in a 5-4 thriller. He then won the tie break.

Higgins said: “It was a really strange match. I didn’t play my best tennis but it was one of those matches where I still found a way to win. I lost the first set and then I won two tie breaks back-to-back so I just kind of ground it out and had to change my game style. Hopefully I can improve from this match and do a better performance in the final.

“I believe in my ability, so even though I lost it I knew I could still win it. And even If I was four or 3-0 down I still knew I could win it. I just needed to change a few things, I just play my own game, improve on my game which I managed to do.”

France celebrate team time trial gold at close of 2018 World Intellectual Impairment... World Intellectual Impairment Sport Tennis World Championships conclude with...
Scroll to top
We use cookies on our website to give you the most relevant experience by remembering your preferences and repeat visits. By clicking “Accept”, you consent to the use of ALL the cookies.
Cookie SettingsAccept
Manage consent