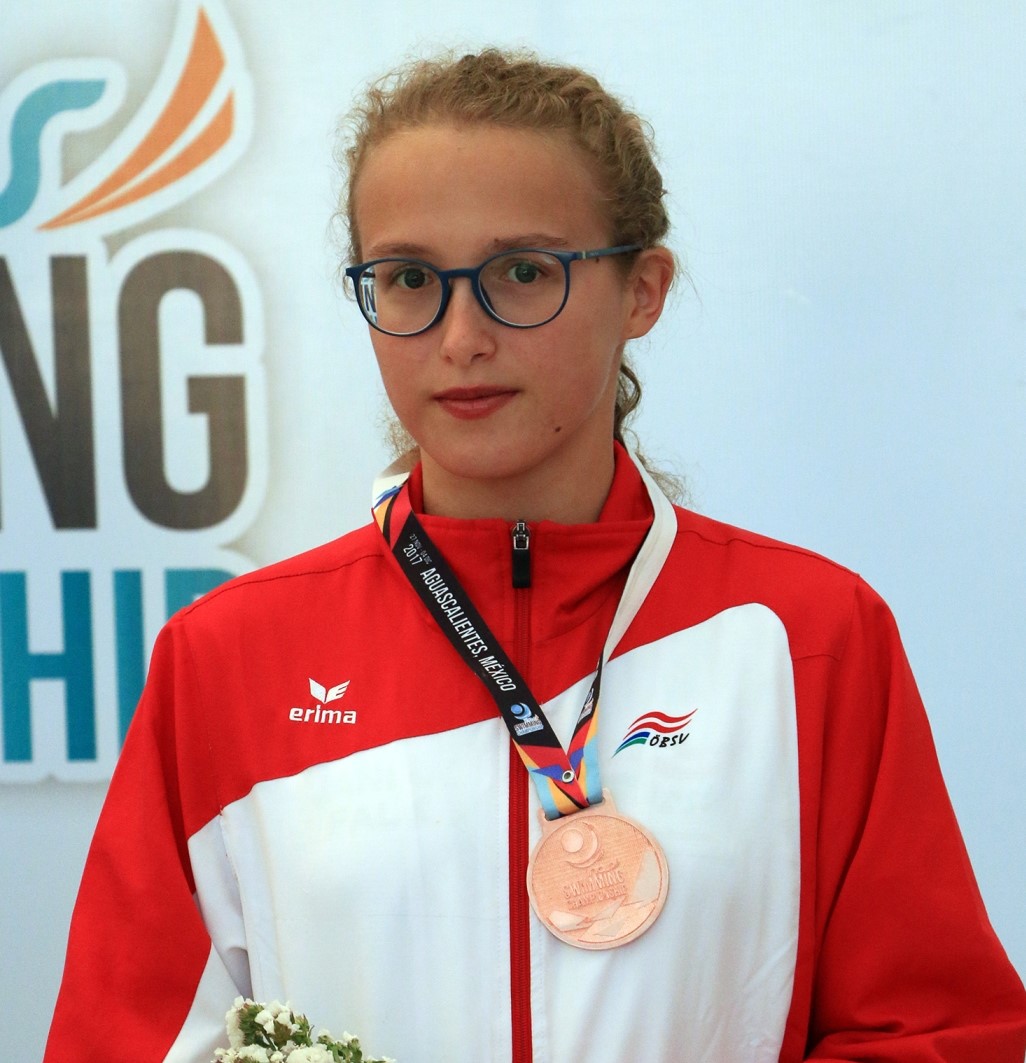 Austrian teenager Janina Falk has her sights set on success at the 2019 World Para Swimming Championships in London, Great Britain, from 9-15 September, as she plans her Paralympic debut.

At 16-years-old, Falk already has some good experience under her belt including medals from international competitions.

The rising star, who competes in S14 events, is now ecstatic to be making her Worlds debut in London.

“I am very happy and proud that I have qualified for the World Championships and training is going very well,” Falk said. “Plus, since it’s the school holidays, I can train eight times a week in the water.”

Such dedication and hard work is certainly paying off for Falk, who started swimming at eight years old. She is also a versatile athlete, with her medals so far coming from butterfly, breaststroke and freestyle over distances ranging from 50m to 800m.

“The three gold medals I won at the 2016 European Championships were a great success for me.  It was amazing when the Austrian national anthem was played at the award ceremony.  It was my first big competition and motivated me to train even harder. Virtus: World Intellectual Impairment Sport competitions are the cornerstones of my career, the successes have motivated me a lot.”

Most recently Falk has seen success at the European Para Youth Games in Finland, describing competing in the multiclass event as “the highlight of my career so far.”

Her success at such a young age has meant that Falk has started to lay the groundwork for becoming a national treasure. For three years between 2015-17 she was named the Austrian Disabled Sports Association Young Athlete of the Year.

“It makes me very proud that I was able to win the junior athlete’s choice three times as a mentally impaired athlete,” she said.

By the very nature of her success, Falk typically competes against older athletes but is undaunted by the prospect: “For me it is important to have opponents who are a challenge to me, no matter how old they are.

“Who are currently my opponents I could not say, I am currently focusing only on myself. The biggest thing I’ve learnt in my career so far is that you must never give up, you have to fight to the end.”

From starting out at Virtus: World Intellectual Impairment Sport competitions, through to World Para Swimming events, Falk now has her sights on success on the biggest stage of them all: “My goal is the Paralympics in Tokyo, I will also train with a private trainer and also swim more training sessions a week.”

For Falk, Para swimming is a great leveller and means she can reach her best.

“In the water I feel free, it does not matter if I have a handicap or not”

New Paralympic documentary in the pipeline

Collet targets Global Games triple
Scroll to top
We use cookies on our website to give you the most relevant experience by remembering your preferences and repeat visits. By clicking “Accept”, you consent to the use of ALL the cookies.
Cookie SettingsAccept
Manage consent