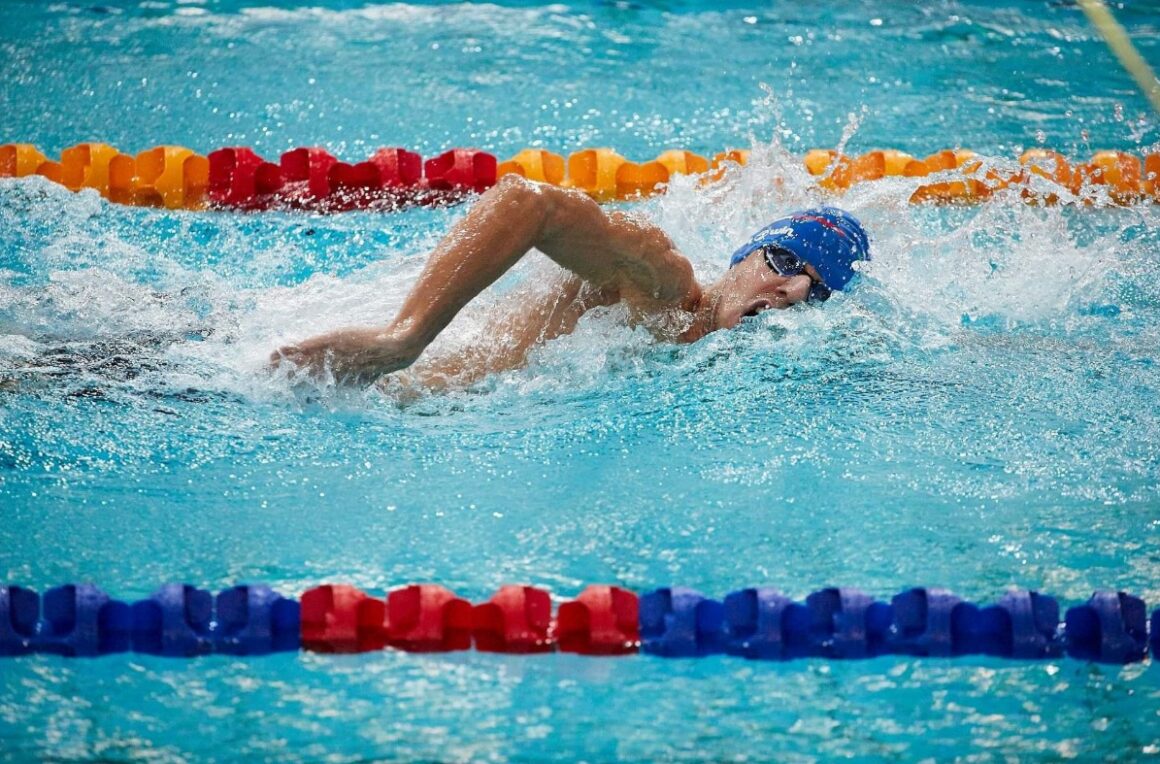 One of the busiest days on the schedule at the 2019 Global Games wrapped up with three world records in swimming in Brisbane, Australia, on Thursday (17 October).

Trio of world records sees swimming end on a high

The crowd turned out for the fifth and final day of events at the Brisbane Aquatic Centre where emotions ran high and records rained down.

Shabalina went on to contribute to Russia’s Global Games record victory (4:54.57) in the women’s 4x100m medley II1. Fellow teammates Olga Poteshkina, Elizaveta Barbatina and Vlada Starovoitova stormed down the pool to finish ahead of nearest challengers Japan (4:57.40) and Australia (4:57.77).

Spain’s Michelle Alonso Morales (33.48) ended her Brisbane 2019 campaign with a Global Games record in the women’s 50m breaststroke II1. Morales continues to hold onto the record which she set in 2016.

Australia took their own golden slice of the action courtesy of Gabriel Howells (44.86) in the women’s 50m breaststroke II3. The Faroe Islands’ Signa Joensen (45.44) was second and Australian Sarah Wallace (55.55).

All world records are subject to ratification by World Para Swimming.

Record-breaking day on track at athletics

The penultimate day of action on the track and field saw stellar performances in a number of events.

In the women’s discus II1 both the gold and silver medallist threw over the Global Games and World Intellectual Impairment Sport world record marks.

The third and final day of road cycling proved to be a day of shock wins and excitement with the women’s 5km and men’s 10km individual time trials taking place at the Murrarie Recreation Centre.

The standout race for the day had France demonstrating their strong and powerful team by blocking out the podium in the men’s 10km individual time trial.

The French were overcome with emotion as they realised what had happened. There was crying, hugging, jumping and chanting as the group celebrated their incredible sweep.

Leo Collet smashed his ultimate goal of improving on his seventh place finish from the 2017 Cycling World Championships, taking the top prize in an impressive 13:42.74. His average race speed was 43.76km/h.

The trio said they were “very happy, proud and it was a dream to represent France.”

Gold medallist Lauren Booth said she was excited to participate in the event for the first time.

Cyclists will now take a break before the exciting debut of track cycling at the Anna Meares Velodrome on Saturday (19 October).

Great Britain enjoyed another gold at the Queensland Tennis Centre, topping the podium in the mixed doubles II1.

Bronze was awarded to Australia’s Archie Graham and Carla Lenarduzzi. They defeated compatriots Joshua Holloway and Yasmin Sanders in a nail-biting match 6-2 2-6 [10-8].

In the women’s doubles II1 Lenarduzzi and Wren will go for the title against Sanders and Kathryn Wilson.

Graham will team-up with James in the men’s doubles II1 final to take on Iannotti and Fabrice Higgins.

Later on Iannotti and Higgins will switch from teammates to opponents for gold in the men’s singles II1.

Finally an all-Australia clash for the title in the men’s singles II2 will see Timothy Gould and Timothy Walsh face-off for gold.

Australia have a triple shot on gold in both the men’s and women’s competition.

In the women’s both their Green and Gold teams will play in Friday’s semi-finals.

Australia Gold, the reigning world champions, will play 2017 Worlds bronze medallists France for a place in the final.

Australia Green are the 2017 runners-up and will play an up-and-coming Japan side.

In the men’s the hosts’ table-topping performance was rewarded with a semi-final clash against world title-holders France.

The futsal final is also set after a day of gripping games in Brisbane.

The semi-final between reigning world champions Portugal and Poland was a fight to finish.

Portugal started off strong during the first half, scoring a total of five goals with only one in reply coming from their opponents.

So far Portugal have held their form, winning all their matches except for a tie with Saudi Arabia on day three in an 18-goal thriller.

During the second half Poland reduced the deficit by two. But it was not enough as the Portuguese added three more to bring the final score to 8-3.

Portugal will face Saudi Arabia for gold after they beat France 7-4.

With England declared the winners of the five-day international cricket series after their third win against Australia on Wednesday (16 October), both sides were playing for honours on Thursday.

Despite the overall result already decided, neither team were prepared to sit-back. A thrilling match ensued at the Allan Border Field.

England won the toss and elected to bat. They looked as though they were going to carry on at the same rate of scoring as they did yesterday.

Ronnie Jackson made a quickfire 32 before getting caught out by Haydn Brumm off the bowling of Jesse Goodman.

Today was Dan Bowser’s day again though as he fell just short of his century with 99 not out.

Brumm was the best of the Australian bowlers with 1/31 off his four overs as England amassed a total of 2/202 off their 20.

Australia’s run chase started poorly with Boyd Duffield getting bowled in the first ball of their innings by Tayler Young.

Brumm and Gavin Hicks made it to the halfway point of their innings but still needed 149 if Australia were to win from their last 10 overs.

From there both men decided to turn on the style which put huge pressure back on the English. That included 21 scored by the pair off the 15th over and an outrageous six hit by Hicks on to the roof of the Matthew Hayden Grandstand in the 17th over.

The match looked as though it was going down to the wire with three overs to go. Australia needed 40 to win with Hicks and Brumm in full flight. However, some great bowling by Chris Edwards in the 18th saw only six runs scored and began to turn the tide back in England’s favour.

Young then came back on in the 19th and took the wickets of both Brumm and Hicks which halted Australia’s momentum.

Records tumble in the 2019 Global Games

INAS transforms into Virtus: World Intellectual Impairment Sport
Scroll to top
We use cookies on our website to give you the most relevant experience by remembering your preferences and repeat visits. By clicking “Accept”, you consent to the use of ALL the cookies.
Cookie SettingsAccept
Manage consent