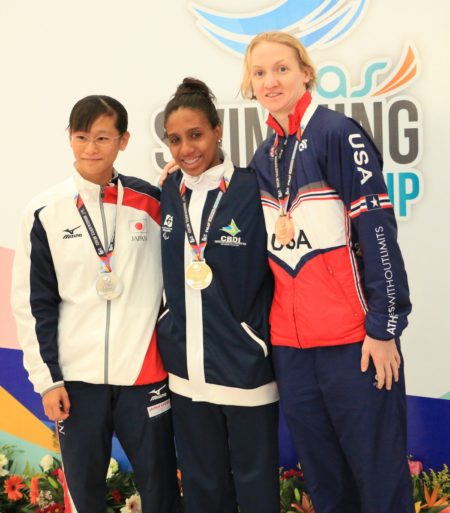 In the men’s 4x50m S14 relay France were the victors in 1:47.68. Maxime Dutter, Nathan Maillet, Simon Blaise and Jacky Deforge stepped onto the top of the podium.

Mexico rounded off a great day with their latest gold medals, bringing their total to seven in just 12 hours.

Jesus Garcia Gonzalez (3:01.68) put in a strong performance to claim the win in the men’s.

The 2017 World Intellectual Impairment Sport Swimming Championships run until 3 December. The competition features S14 swimmers, youth (under 17s) as well as trial eligibility groups in Down syndrome and autism.

Mexico win first medals at 2017 World Intellectual Impairment Sport Swimming... Australia’s Lucy defends title at 2017 World Intellectual Impairment Sport...
Scroll to top
We use cookies on our website to give you the most relevant experience by remembering your preferences and repeat visits. By clicking “Accept”, you consent to the use of ALL the cookies.
Cookie SettingsAccept
Manage consent