Footage of her and 13 other riders from four countries were submitted for judging in a unique format, designed to make the inaugural competition more accessible to athletes around the world. The horses were required to wear bandages to show the video had not been used in another competition.

Competing in a Grade IV novice A test in a 20×40 arena, the Russian worked with great synergy with her horse to top the rankings with 67.012%.

Sui Watts, a national champion in her native Australia, finished second on Springfield Festivity with 64.770%.

Equestrian was added to the World Intellectual Impairment Sport sport programme in 2016 in the form of dressage. The organisation wants to offer the best riders with intellectual impairments the chance to compete regularly.

The video competition featured one medal event but it is hoped that in the future a novice test B, team test, individual Championship test and a freestyle test will be added.

The 25-year-old from Taree competed in World Intellectual Impairment Sport’ inaugural para-equestrian competition for riders with an intellectual impairment. The sport was added to the programme in 2016 with dressage as the discipline.

A member of the Manning Valley Dressage and Hacking Club, Watts competes as a para-equestrian Grade 4 rider under her physical disability.

But Watts also has an intellectual impairment which makes her eligible to compete in World Intellectual Impairment Sport competition.

The first World Intellectual Impairment Sport para-equestrian event features an innovative video set-up where riders are filmed performing the required dressage routine at their home venue before submitting it for assessment by international judges.

The 2013 and 2015 Riding for the Disabled Grade 3/4 National champion, Watts completed her test on 6 September at the Taree Showgrounds.

Her parents Paul and Janett Watts were there to support and coach Nell Marshman entered the video through World Intellectual Impairment Sport member Sport Inclusion Australia.

The high cost of transport of horses and quarantine requirements make a live international competition extremely difficult and expensive. Conducting competitions by video enabled organisers to hold the event at a relatively low cost.

The opportinity has been well received with entries from a number of countries.

Watts’ mother Janett spoke of how her daughter was inspired to take-up the sport:

“This opportunity to represent Australia has been 17 years in the making, ever since we took Sui to watch the equestrian events at the Sydney Paralympics, she has dreamed of one day representing Australia.”

Horses have had an enormous impact on Watts’ life. As a child she had issues trusting people but through working with horses, learned how to do so.

Watts’ life today is consumed with horses. Each day she gets up at 5:30am to rug and feed the six horses at the family farm on Mitchell’s Island.  Watts trains six days a week including lessons with her coach and when she is not working on the family farm or training, she works at Taree Big W and the local YMCA creche.

On weekends she can be found at the Taree Showgrounds either competing or volunteering at competitions.

As a teenager Watts met five-time Paralympian Jan Pike.  A para-equestrian rider who won two medals at the Athens 2004 Paralympics, Pike has taken Watts under her wing as a mentor over the last ten years.

Watts and her horses have travelled extensively on the East Coast of Australia competing in events in South Australia, Victoria, Queensland and New South Wales including her favourite venue where her dream started: the Sydney International Equestrian Centre.  Today Watts rides her favourite mare Springfield Festivity, affectionately known as Reenie.

“It has taken almost two years for Sui and Reenie to form a partnership and now they just keep getting better and better,” Janett said.

In 2012 Sui and her family travelled alongside Marshman to Chinese Taipei for the International Hope Cup, a dressage event for riders with an intellectual and/or physical impairment.  The event featured riders from Chinese Taipei, Singapore, Japan and Australia.  It was a successful trip for Watts and her borrowed Palimino pony Tom, returning with three medals.

“Riding has given Sui an amazing self esteem and developed her confidence, she loves nothing more than being at a horse event chatting to everyone and showing off her gorgeous girl,” father Paul said. 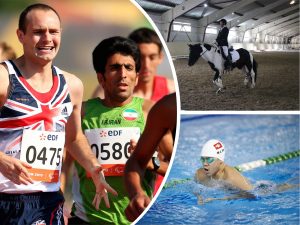 From 16-17 September athletes from four countries will line-up in Udine, Italy, for the first World Intellectual Impairment Sport European Half Marathon Championships since 2011.

Portugal’s returning champion Paulo Pinheiro is hoping to continue his medal run at the competition, which he first started with gold in 2005. He has gone on to claim a further two silver medals. However he will face tough opponents including teammate Jose Azevedo, the reigning world champion, and Spain’s Asier Santos who claimed Worlds bronze in 2016.

Live updates and pictures from Udine 2017 will be available at World Intellectual Impairment Sport’ Facebook and Twitter throughout the event.

Teams and riders have until 9 September to enter this innovative dressage event, with the results announced on 18 September.

This is the first equestrian competition to be run by World Intellectual Impairment Sport and, to make it more accessible, all entries will be recorded on video and submitted for judging.

As well as the individual rosettes on offer, a team competition for countries with more than three riders will also be contested.

Taking place in Mexico City, the Worlds will see athletes with intellectual impairments compete in the S14 classification from 30 September. The likes of Great Britain’s Paralympic medallist Jessica-Jane Applegate and Paralympic champion Wai Lok Tang of Hong Kong are expected to go for gold.

Mexico will also host the 2017 World Intellectual Impairment Sport Swimming Championships in November, the year’s biggest competition for athletes with an intellectual impairment.

A new President to replace Sir Philip Craven, who has completed the maximum number of terms, will be elected in Abu Dhabi, United Arab Emirates.

Governing Board elections for 10 Members at Large will also be held, with World Intellectual Impairment Sport Vice President Robyn Smith one of the nominees. Voting takes place on 8 September with results published the same day.

The Paralympic Sport and Media Awards will be presented and a number of individuals will be recognised with the Paralympic Order.

By World Intellectual Impairment Sport and Athletes Without Limits 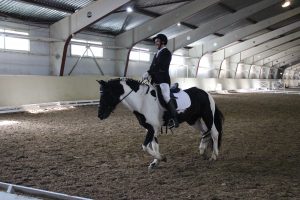 The search is on for equestrians with an intellectual impairment in the USA as Athletes Without Limits celebrate the launch of their national programme.

The sport is their newest addition and they want to hear from budding riders who could potentially represent their country in international competitions.

Based out of Bend, Oregon, the programme opens the door to International Federation for Intellectually Disability Sport (World Intellectual Impairment Sport) and other high-level equestrian opportunities.

World Intellectual Impairment Sport is currently developing new opportunities for accomplished equestrians to compete on an international level including a video competition on 9 September. This will allow participants to compete against riders from all over the world without sacrificing the security of their own horse and coaching team.  As an international athlete, there may also be future opportunities to travel.

Athletes Without Limits goal is to support US equestrian athletes who want to compete locally, nationally, or internationally by offering coaching and competitive opportunities for riders to hone their skills under the guidance of Fédération Équestre Internationale (FEI) coaches and judges.

They are also in the process of developing local competitive opportunities for developing riders who want to showcase their current abilities and work towards representing the US in international competition in the future.

World Intellectual Impairment Sport currently offers events in dressage for international equestrian competitors, and qualified riders are expected to perform tests in accordance with the FEI.

Who is eligible?
US Athletes (regardless of sport) who wish to compete at the international level through World Intellectual Impairment Sport or join the official US team must meet World Intellectual Impairment Sport eligibility requirements for intellectual impairments. Athletes who do not wish to compete at the international level only need to meet the eligibility requirements of the local events in which they compete.

Equestrians interested in competing internationally who are riding independently at the walk, trot and canter and have reached proficiency in dressage or an equestrian sport other than dressage should contact Athletes Without Limits to develop a plan for transitioning into World Intellectual Impairment Sport dressage competition.

At the local, regional, and national levels, it is their goal to develop competitive opportunities for equestrians that include a variety of disciplines and skill levels.

Athletes Without Limits are eager to hear from athletes, family members, coaches, trainers, show managers, therapeutic riding instructors, horse owners, health professionals, or any other community members interested in supporting their mission to expand the training and competitive opportunities for equestrians with intellectual impairments.